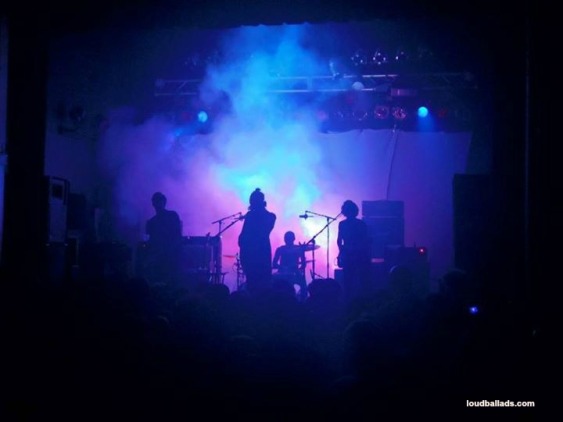 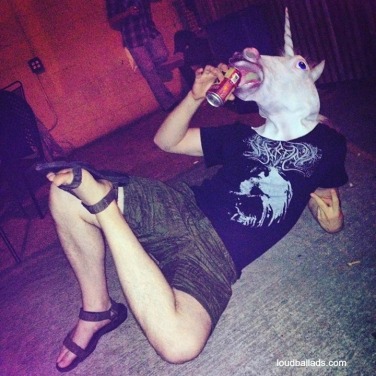 Hopscotch Music Festival officially kicks off on Thursday evening. If you’re planning to be in Raleigh, don’t bypass the excellent lineup of FREE day parties from Thursday afternoon through Sunday! If you don’t have a wristband, you can still see a hearty selection of acts that range from local to national. It’s also not too late to buy a wristband to the official festival! A small amount remain available for purchase through Hopscotch’s website.

Having trouble wrapping your mind around day party schedules and time slots? I’ve compiled them into a list for Thursday through Sunday*, and you can download it right here**: Hopscotch 2014 Day Parties

A couple of highlights:

On Friday, Valient Himself (of Valient Thorr) fronts Brief Lives from Richmond, VA 2:00PM at CAM. Saw them play Neptunes a few months back and they will rock your face off.

Also on Friday, legendary Thurston Moore (Sonic Youth) will play Kings Barcade with harpist, Mary Lattimore at 4:20PM. If you’re not outwardly familiar with Lattimore, she played on Moore’s 2011 solo album, Demolished Thoughts, and was part of the band during that tour. There’s an interview somewhere out there where Moore states that Lattimore is the first person he’s ever had to “fire” (begrudgingly) from a band. Transportation costs are high for harps.

On Saturday, Landlady plays Pour House at 3:30PM. Frontman, Adam Schatz has a repertoire that includes playing saxophone for Man Man as well as Vampire Weekend. Catch them at this show because it will be easier to see and the acoustics will be better than when they play during the actual festival at Tir Na Nog (no hard feelings).

Girls Rock NC will be hosting a ‘Babes in Boyland’ party on Saturday in the Warehouse District where Ex Hex will slay. If you missed them at July’s Merge 25 Fest, here’s your chance to catch them. The party runs from 12PM – 5PM, and although I couldn’t find a set lineup with time slots, I’d venture to guess they’ll headline and go on close to 4PM.

Special love to The (now defunct) Spazzatorium Galleria, as Jeff Blinder (Spazz Presents) brings another great mix to Slim’s during this year’s SpazzScotch III day party on Saturday from 12PM – 6PM. You can catch many of the bands that have played Greenville’s annual Spazz Fest. There’s one secret act on the lineup that you will have to show up to see.

*The times listed are based on a mix of times provided on Hopscotch’s website, along with the official Facebook event pages for each day party. Check those for any last minute changes.

**Schoolkids Records and Humble Pie were cut from my Saturday list in order to fit everything on one page (I’m really sorry). You can view those on the official Hopscotch Day Party list here.
UPDATE 9/3/14: Schoolkids Records has added a list their day parties to their website.